“Going remote” is a hot topic in the world of inspection at the moment. As machines and robots become cheaper and easier to use, LRQA is helping industry organizations determine whether they could be used to help make the jobs of inspectors and our clients safer. “Working together for a safer world” is not only a tagline for LRQA, but our way of life.  As a key independent inspection body, LRQA works hard to adjust regulations for the safer inspection of equipment.

This is why I was happy to participate in the official review team of the European Commission’s PETROBOT project. PETROBOT’s goal is to explore how robotic technology could be used to minimize the exposure of humans to potentially hazardous conditions. This could not only increase the safety of storage tank and pressure vessel inspection, but potentially save time and resources as well.

Inspecting pressure vessels and storage tanks used in the oil, gas and petrochemical industries is an inherently dangerous task. First, assets need to be shut down and disconnected from live sections of the plant. Next, they must be extensively cleaned to remove all products that can emit flammable or toxic gases to be rendered safe for entry. In larger vessels and storage tanks, scaffolding must be erected so we can see all the necessary areas.

The PETROBOT project lasted three years, partially funded by private companies and partially by the EU. Four reviews took place, and at the end, it produced four functional industrial robots.

The project delivered three robotic platforms for pressure vessels (SNAKE, BIKE and FAST) and a fourth for tank inspections (ITIR or TANK). 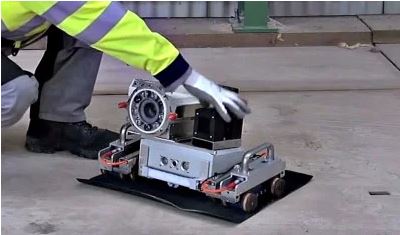 The FAST and BIKE are “crawler” types with magnetic wheels to scale the sides of the vessel. The FAST platform is bigger and heavier but can carry more payload than the BIKE. The BIKE however is more flexible and has greater capacity to manoeuvre, for example, it can climb up stairs.

The SNAKE has a number of “elbows” that can bend approximately 120-degrees. The SNAKE can be rolled out from a base station into the pressure vessel without actually having to touch the walls. What the SNAKE lacks in terms of ability to have a payload and go farther, it makes up for in its ability to overcome obstacles.

As you can tell, these robots are designed to be used together to handle different types of pressure vessels, each used for different applications. The robots can “see” through cameras and lighting. They can perform some non-destructive testing using ultrasound and eddy current tools. There will also be a laser profiling tool to aid in corrosion assessment. 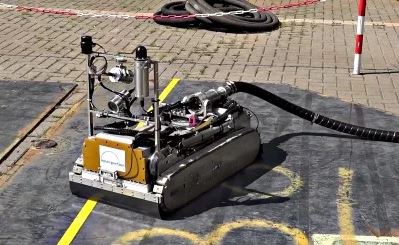 My role on the Review Panel was to lend NDE inspection experience, as well as experience with in-service procedures covered by legislation.  The project is a first and important step into a complex world. It shows the potential to generate a new approach for safer inspection.  However, it has also shown the enormous diversity of equipment that needs inspection. Therefore at this stage the possibility to use robots is rather limited. To help encourage wider adoption of remote inspection, vessels could be designed to allow robot inspections from the beginning. Also, narrowing down the extent of the inspection using risk-based inspection tools could also focus the use of robots.

Another key factor in robotic inspection adoption is on the regulatory side. In-service inspection is governed in many parts of the world by governmental regulations, and these laws will need to be modified to specify how robots can be used. In the Netherlands this is already happening, and LRQA will continue to work with authorities to figure out the best ways to balance the human element of inspection with the input of robots.

Erik Zeelenberg is a Lead NDT specialist for LRQA in the Netherlands. He’s responsible for the development and witnessing of alternative methods of non-intrusive, non-invasive inspection, fit-for-purpose and risk-based inspection in the fabrication and in-service phase of pressure equipment pipelines and storage tanks. Erik educates inspectors and surveyors in NDT methods and keeps them updated on NDT developments as they relate to third party inspection. He  has also served on several industry committees focused on NDT and helped work with authorities on shaping Dutch and European regulations. He has been with LRQA for more than 30 years.

LRQA is leading the SecQuAL consortium to use data in the food supply chain to reduce food waste, improve traceability and increasing consumer confidence.