LRQA has been part of this project since its inception, providing a high level of support, guidance and approvals to help meet the Royal Navy’s goal to design and build a safe and reliable platform to serve the UK for the next 50 years. The technical challenges associated with the design and construction of such a complex ship engaged a wide range of technical skills and experience within LR.

Many LRQA surveyors and specialists have worked directly on the surveys of the Queen Elizabeth class aircraft carrier under its Naval Ship Rules. A number of other LRQA specialists have also been involved with the design approval, specialist technical support and certification of equipment and components.

Mark Dannatt, Project Director for the Queen Elizabeth Class Carriers, said: “Securing LRQA Class for HMS Queen Elizabeth is the culmination of 12 years of joint working between LRQA and the ACA. The utilisation of LRQA's vast experience to assure the design and construction standard of the QE Class has been of tremendous benefit to the MoD and gives us increased confidence for her safe and reliable performance in the decades to come.”

Nick Brown commented: “HMS Queen Elizabeth was recommended for entry into LRQA Class earlier this year, and issued with Certificates from LRQA and the Naval Authority. This was a major milestone in the project and effectively the ship’s licence to operate for decades to come on the high seas. I am enormously proud that LRQA have had a part to play in this epic success story.”

LRQA's Naval Business Manager Paul James said: “Many people within LRQA have contributed to this project; including our structures team influencing the complex design, the site teams ensuring consistency across multiple locations, the technical investigation team providing support to the shaft line design, as well as other specialists across the globe ensuring equipment compliance and many in the UK supporting sea trials.”

LRQA made a significant contribution to the design, integrity and reliability of the ship and will stay with her for the next 50 years, providing a unique service as part of the waterside support team ensuring smooth daily operation and planning for cost effective and efficient future maintenance and upkeep periods. This will be in addition to LRQA's usual year-round service for periodical class and statutory surveys and inspections, for continued compliance and safety.

Nick Brown added: “We look forward to staying with the ship for the next 50 years, embedded in the waterfront support team. This aircraft carrier is now, officially, Lloyd’s A1!”

History of the project

In 2001, LRQA was invited to provide consultative work on the early carrier concepts, looking at the hull structure and propulsion systems. The hull presented many unique challenges that LRQA's experts helped solve through their knowledge and experience of working with numerous ship types.

When the Aircraft Carrier Alliance (ACA) was formed in 2006, LRQA entered into a contract to start work on the appraisal and approval of the ship’s design. LRQA provided continued and consistent support assessing the design iterations as required by the ACA, the MoD and successive National Defence Reviews.

The ship was constructed across six sites in the UK and LRQA provided support at each build location. Equipment has been surveyed and certified across the globe; around 4,000 LRQA certificates have been issued to provide assurance of key items in the supply chain – LRQA was ideally positioned to support this through its global network of offices.

LRQA formed a team with a bespoke management structure that provided onsite build supervision. At its peak, LRQA had 14 surveyors in six offices across the UK working with the ACA and six different yards and production teams.

In July 2014, HMS Queen Elizabeth was officially named and then floated out of dock in to the basin to start trails and commissioning activities. Throughout sea trials, LRQA provided assurance and acceptance as well as having specialist teams looking at specific areas such as the prolusion system or ship structure in the sea going conditions. HMS Queen Elizabeth was commissioned into the Royal Navy, by her name sake, Her Majesty The Queen, in December 2017, and the White Ensign raised. 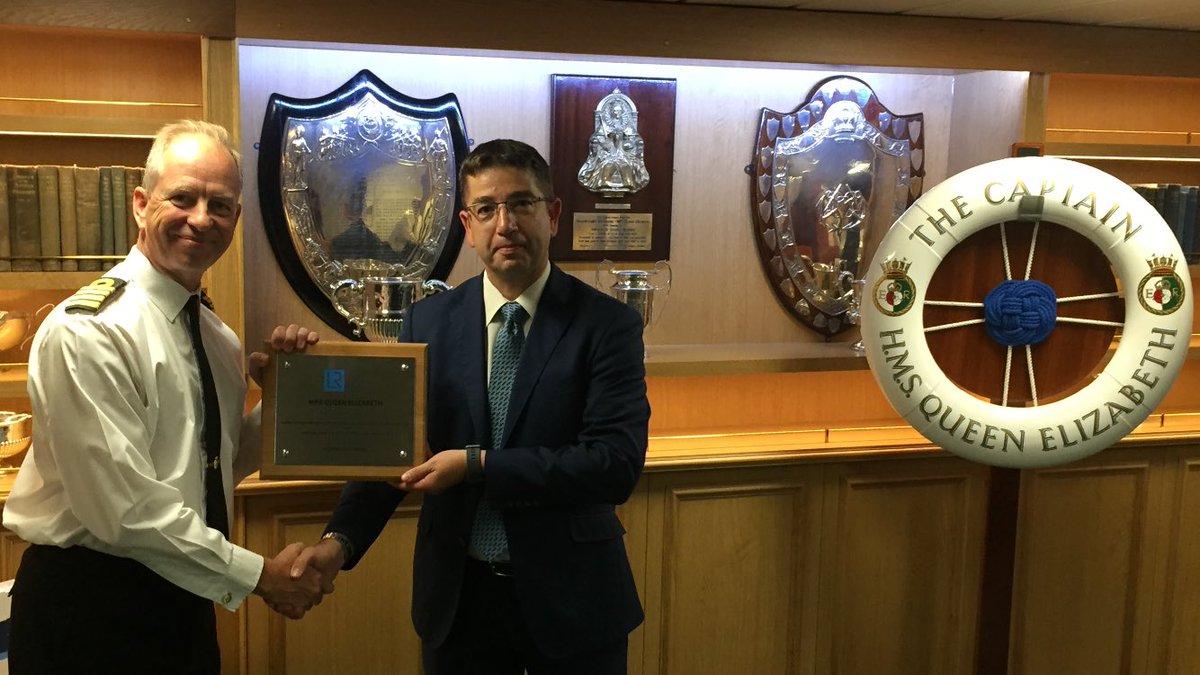 Staying safe in our changing world.